skip to main | skip to sidebar

In one of my earlier blogposts I released a list of projects. One of those list entries was named "Final Fantasy 8 project (planning)". Some of you might remember the train mission in Final Fantasy 8. I'm proud to present the first visually "good looking" work on my newest project. 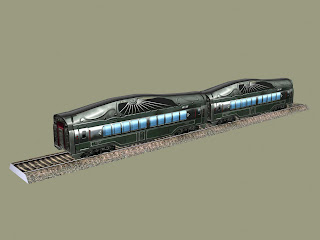 The textures are currently taken from in-game screenshots and I used some PS filters to polish them up a bit. I will draw new ones when I'm done with the 3D model for the locomotive. If you think now:"hey! what's going on with the other projects on your list?", don't worry, I tend to work on many stuff simultaneously, so that if I don't feel like working on a macross thing I just work on another project and so on. Anyway, this train will still need some time and work, but I hope that it will look great when done. I planned on releasing this as a H0 scale (1:87) model.

I managed to model most parts of the locomotive, but there are still some parts missing. Don't be shocked by the messy textures, I'll do better one when the 3D model is done (currently just using official pictures and game-screencaptures)
Posted by Urashiman at 9:30 PM 2 comments:

I had some sparetime left, and instead of working on the Hildagarde 3 of Final Fantasy IX, I did a modification of the YF-19 to the VF-19 Custom that is used by Basara Nekki in Macross 7.
For this one I had more to do then just switching the textures.

As you can see on this picture the top vertical stabilizers moved to the mainbody instead sitting on the "legs" (legs in battroid mode). The main wings were straightened and the mainbody got more arrow like. The engine exhaust was undergoing more drastical changes and the front horizontal stabilizers shrinked a bit. Changes were done on the "Shield" (used in battroid mode on the left arm) and the top part of the legs got rounder compared to the edgy YF-19 version. 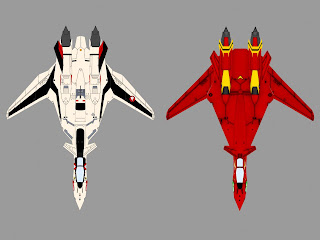 Here you can see that I changed the jet intakes to be more 3D like instead of just applying black color. The bottom vertical stabilizers were removed too. Just check the other pictures. 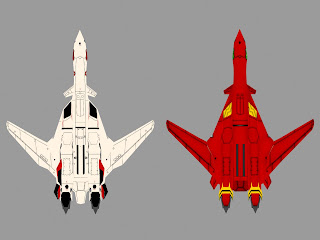 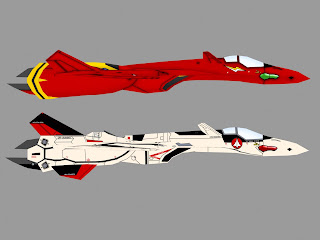 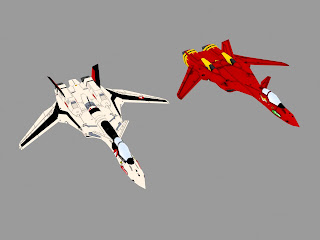 Even if it is just a modification it need some annoying UVW mapping work. Development work will start "when I've got some time again". Hope this won't be in 3 years :D
Posted by Urashiman at 9:09 PM 5 comments:

The 3D model of the Hildagarde 3 is done now. Texturing this thing will be a pain in the ass... 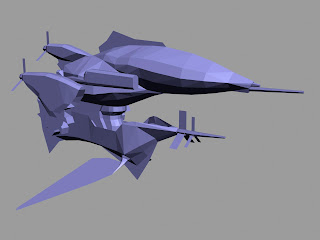 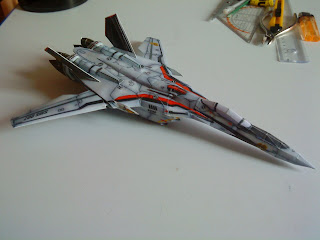 Too lazy and too tired to write, pictures are better then words anyway.
Tadaa! 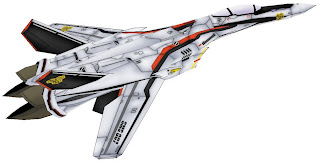 Goes into unfolding tomorrow. Hope to get it done soon.

Testbuild is going well, still need to fix some tabs in the template, but everything fits fine. Instructions will be done soon. 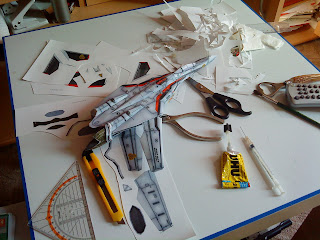